There are plenty of advantages of the live TV streaming services such as the decision to cancel can be opted anytime, unlike the hassles you face while dealing with the satellite television channels. Moreover, there are no hidden fees but special features such as cloud-based DVR storage services. There are different channels, features, and prices when you take a look at the live TV streaming options. The chances are that you might find it challenging to make the right choice. The guideline below will help you decide the features of each TV service so that you can weigh the pros and cons and finally decide when to dump the cable television services you have subscribed to.

See also: What is VPN good for and the top best VPN services

This service is available for a free trial period of thirty days and includes the major networks such as ABC, Fox, CBS, CW, and NBC. You can get six streams at the same time. With a TV library, on-demand movies, and the add-on channels, the users will enjoy viewing it. There are over fifty-five plus channels available live, and the major networks are available depending on the location. Hulu provides about twelve sports channels including CSN, Fox Sports 1, and ESPN. You can follow your preferred sports teams from the NCAA, MLS, NFL, NBA, NHL, and MLB and record the games too, to view them later, if the facility is available. Apart from this, you can sign in to the ESPN app with the Live TV login information in Hulu and enjoy the live ESPN coverage. The Live TV subscribers of Hulu can also get easy access to the on-demand streaming library along with the fifty channels. The on-demand TV library offers some of the favorite television series, and you can quickly sign up for one more season.

With Hulu, you can arrange the programming into a ‘favorites’ tab, and control the recommendation of the content when you remove some of the items from the watch history. However, you can also select the option “stop suggesting this” to get rid of the content that does not appear attractive. Philo came into the limelight with its live streaming services in 2017 and received attention for the low-cost channels. You can get about thirty-seven to forty-six channels depending on the subscription plan. Due to its low-price offering, you may not get those expensive channels in this service, such as the national or the sports networks. However, you will come across the most beautiful combination of entertainment and lifestyle networks such as Food Network, HGTV, and AMC. Even though Philo’s cloud DVR allows you to record the shows you want, you cannot keep them beyond a period of thirty days. 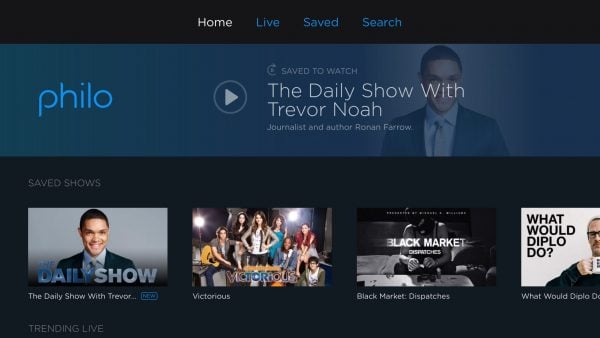 PlayStation Vue is the most impressive among all the primary live TV streaming services due to a readily evolved interface that is easy to use and pleasant. The DVR is highly acclaimed with unlimited storage facility. Moreover, you can enjoy the facility to skip the commercials on any show and any time although the shows in the DVR can be kept for twenty-eight days. It is one of those services offering the most expensive basic packages, but the channels are fewer in number. Furthermore, you will not require PlayStation 4 to watch this service. It has apps for several streaming devices such as Apple TV, Fire TV along with phones and PCs. The bottom line is to watch it on PS4, which is the best way to enjoy the multi-screen view. It is by far the best option for PS4 owners, and the commercial skippers and the PlayStation 4 users can split the screen multiple channels at once. 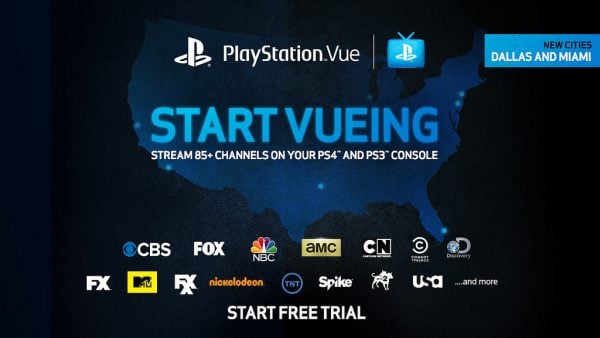 This channel is available for a seven-day free trial, and the major networks include ABC, Fox, and NBC. However, the availability of the networks depends on the market. There are plenty of supported devices on which the streaming services are available including Android, Chromecast, Channel Master DVR, Nvidia Shield, LeEco devices, Samsung Smart TV’s, Chrome web browser, Xbox One consoles, and various other devices. The streams available are Sling Orange: One, and Sling Blue: Three. For customers looking forward to a customized experience can subscribe to this live TV streaming service.

Sling TV offers one of the most flexible options among the TV streaming services when you analyze the pricing and the content. It has a premium model comprising base channels along with a series of add-ons. Although the base packages are similar, there are a few differences, such as the channels that Disney and ABC own and is present in Orange. On the other hand, the Blue option includes Fox, NBC, and sports channels such as NFL Network and NFL Redzone. To get all the packages, you may have to shell out more, but the add-on packages vary according to the price packages, channels, and the subscription. If you analyze the added features, there are some unique options available, such as the Game Finder, a feature in the Sling TV website that helps you find the upcoming and live sports channels according to the channel package to which you have subscribed. While the Orange subscribers can access the single stream, the Blue subscribers can access up to three streams. 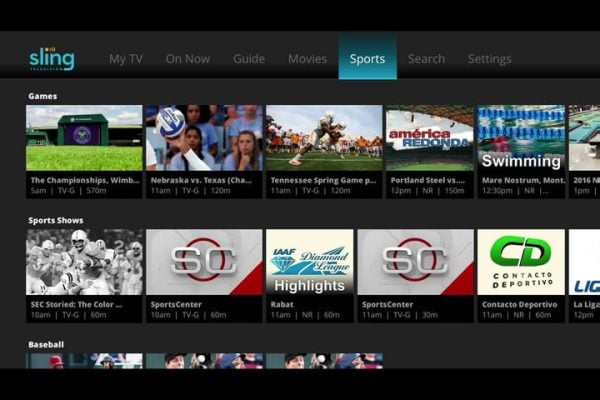 This Live TV streaming service is the best option for those with unlimited DVR and local channels. You can get a complete program guide and an intuitive interface. The four local channels are available with unlimited storage on cloud DVR. YouTube TV includes several features you can get from a cable service with a line-up that is pretty robust. Moreover, you can get the local channels in just about every area where it offers the services. With a strong DVR and extensive storage facilities and the one price option, the viewers can hardly look beyond its convenience while making the payment. If an episode you have recorded comes in the VOD library of YouTube TV, you can easily get it replaced with the on-demand option. 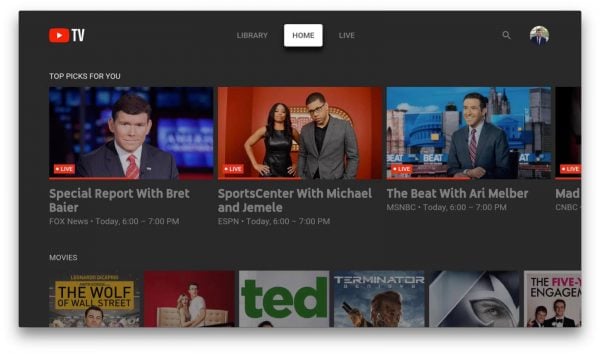 This service is available for seven days on a free trial basis, and the major networks include Fox, NBC, ABC, and CBS. The supported devices include Android, Chromecast, Mac, Chrome web browsers, Xbox One, Amazon Fire TV, and Safari. The number of simultaneous streams can vary from two to three, depending on the subscription. This is one of the services that include multiple packages and high channels but available with a pretty straightforward pricing option. If you are willing to avail this service, you can check the deals and discounts available on DirectTV. Previously, the service offered various time-limited promotions that can get you entry-level prices along with a free streaming service. It is close to what you get via the satellite television and the cable channels. The pricing of this service is also consistent; so, you may not worry about a sudden rise in the bill. Recently, the service has added the NFL network that was missing from the count of channels for a long time. It offers the choice of a base DVR without any charges with a capacity to record for about twenty hours every month, and the content can be stored for about thirty days. 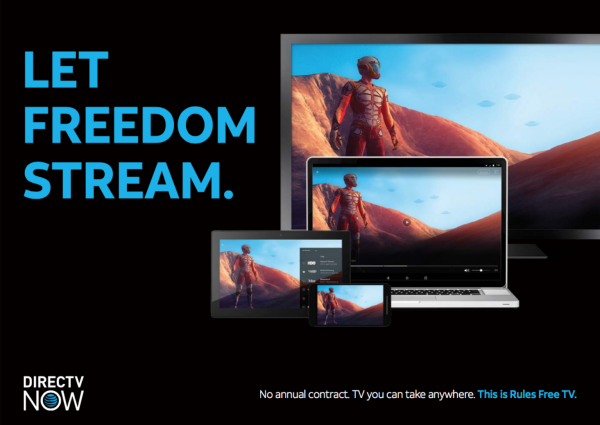 When it entered the live streaming TV service, the focus of Fubo TV was on sports, especially soccer. But now the service is the best alternative to the cable services with a strong focus on sports. The complete lineup of channels is seventy with thirty sports channels in this live TV streaming service. While you can get the sports channels based on the subscription, you can get add-on channels if you are ready to pay more. The free cloud DVR in this service allows you to record up to about thirty hours of the content and keep them as long as you want. However, after the thirty-hour limit, the old content is usually deleted, although the limit of recording can be expanded easily to about five hours for a monthly fee. You can watch this service on Amazon Fire TV, Chromecast, Roku, Android TV, and Apple TV along with the mobile devices running on both iOS and Android.

This service is available on a seven-day trial basis with no major networks, and the supported devices include Chromecast, Apple TV, iOS, Android, and Amazon Fire TV. This service is primarily targeted towards the casual and the AT&T customers and those viewers not looking forward to local programs or sports. This is among the recently launched Live TV streaming services if you have subscribed to the wireless plans of AT&T. With unlimited data, you can watch this TV service free. Although you may not get all those fancy options in this service, you can get a few live features. If you are trying to opt-out of the cable television services to save money or enjoy watching the videos with the actions on the Live TV streaming service, subscribing to any of the arrays of packages can offer you a better choice. One of the most promising benefits of the streaming services is to avoid the mess of the monthly cable fees and those contracts you have always wanted to avoid.